I’m sure you have heard that Aberdeen City Council plan to save £125m in the next five years. £125m over five years is £25m per year. That’s about 3.5% of our annual spend, and that level of saving should be manageable.  It is a figure that has been well publicised and one that most staff will be aware of. It seems though that is not exactly clear what this means. Whether by accident or design, people have been misled.

Try this tricky problem for size.

If I asked you to save £125 from your pay over the next five months.  After five months how much would you have?

I’m guessing that you answered £125. It’s a simple question.

If though I asked you over the next five months to build up a savings plan by which you were able to save £125 PER MONTH, I’m sure that you would agree that this is something different.

So what has this got to do with ACC?  The problem of ACC’s £125m is being presented to us as if it was the first question, when it is in fact the second question. 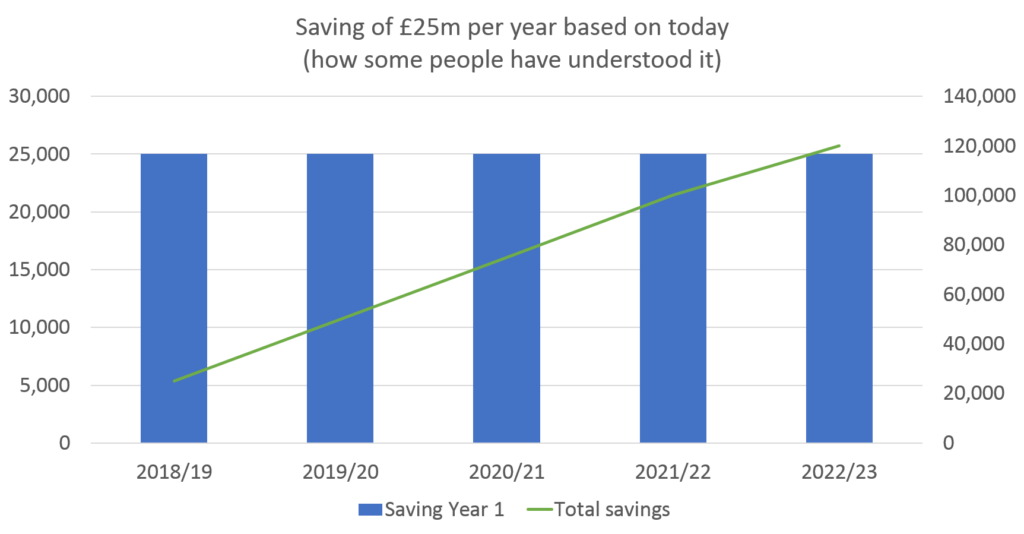 If we had to only had to make £125m of savings, like in the first question above, this table is how it would be done. However, as indicated above, the idea of saving £125m PER YEAR by year 5 looks a little different.