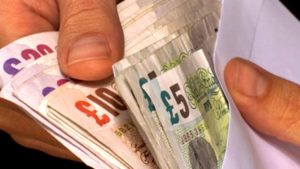 Low pay hasn’t stopped being a problem in the public sector. Although all Scottish local authorities pay the Living Wage, a pay award that council staff deserve has a long way to go. With redundancies growing and more being spent on consultants, our members are being undervalued.

The opponents of public sector pay rises are starting a worrying trend to justify low earnings. Tory MPs and the government are suggesting that grade increments mean most workers have had a pay rise during austerity. As our members know, that’s simply not true.

Grade increments are part of the package signed up to and are valid whether there is a pay award negotiated or not. Yet the short term nature of grade increments means most council workers are unaffected. Incremental pay only applies (subject to performance review) for the first 3 years. We’ve seen increments divided up into smaller rises or extended over a longer period in other parts of the public sector – not to reward you with higher earnings for dedicated service, but to delay reaching the top of your grade and save money.

This short termism actually damages the economy. When 20% of Scotland’s workforce are in the public sector, we make a significant contribution to the tax take, consumer spending and economic growth. Keeping pay low creates a vicious circle of austerity, putting off recovery for years to come.

We hear complaints in the national press about the excessive pay of chief executives, consultants and political appointees as if they were representative of the whole public sector. Yet the average council worker is on a modest income and our lowest paid might have to use food banks to keep going. Last year the Council spent over £7.4m on agency staff and is spending a similar figure on consultants, but the real value of our members’ wages dropped 13.9% compared to ten years ago.

This isn’t acceptable and we can’t let increments be used to justify the narrative. Join UNISON today to help us fight for fair pay!