In May we asked members whether they were willing to strike for better lay. You voted overwhelmingly in favour of a strike, but the ballot was not upheld due to the new Trade Union Act.

Turnout thresholds mean that your voice is only heard when turnout is above 50%. On this ballot we only achieved 22.8%. The government's new rules are designed to stop industrial action wherever it can. You can elect an MP, MPS or Councillor on lower turnout, but a strike is banned.

So we're going back to the negotiating table to get a better offer. You've given us the proof that our members don't think the current offer is acceptable, so we can now use that with the employers.

We think our members need a pay rise - since 2007 inflation and pay restraints have left us poorer by 13.9% in real terms. You may be on the same amount as you were 10 years ago, but for every £100 you spent back then, you only have the buying power of £86.10 in today's money.

The offer as it stands is:

This is better than the original offer, but we think our public services should be valued more. Our ask has always been:

Negotiating is carried out by a joint committee of UNISON, UNITE AND the GMB on behalf of their members across Scotland. We talk to COSLA and the Scottish Local Government Partnership to determine the national pay deal. 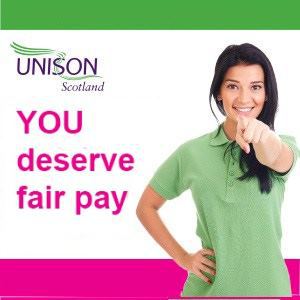 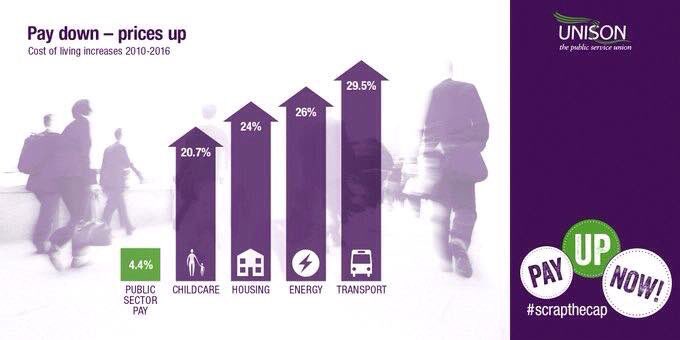